Paladin is led by a diverse team of deeply experienced professionals, many of whom are recognized leaders in the healthcare industry. Our team members have held senior executive positions at nearly 40 hospitals. Collectively, we have well over 300 years in combined senior management level experience. Our operational expertise, broad base of industry-leading advisors, and academic relationships provide value beyond our management and capital solutions. Collectively, the operating team offers extensive knowledge and experience across multiple sectors of healthcare, enabling a deep understanding of the unique challenges facing hospitals and health systems as well as sustainable solutions to mitigate these challenges. 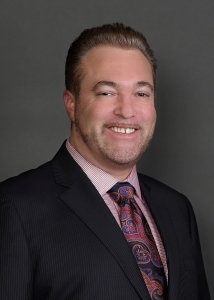 Joel Freedman is CEO and Founder of Paladin Healthcare Capital, LLC which managed Howard University Hospital in Washington D.C and four hospitals in South and East Los Angeles that are owned by Avanti Hospitals, LLC, a company cofounded by Freedman. In these roles, he was responsible for setting the strategic direction of all aspects of business. He is also Chairman and Founder of American Academic Health System, LLC, which recently acquired a prominent health system in Philadelphia, including Hahnemann University Hospital, St. Christopher’s Hospital for Children, and several affiliated physician groups. He also cofounded CompWest Insurance Company, a California workers compensation insurer, now a subsidiary of Blue Cross Blue Shield of Michigan. Prior to acquiring hospitals and health systems, he served as the Managing Partner of Paladin Capital, an investment-banking firm where under his tenure he successfully led the completion of more than 175 transactions.

Freedman is well entrenched in the US Healthcare landscape and serves our nation in a variety of healthcare advisory roles. Freedman is a founding member of the Healthcare Policy Advisory Council for Harvard Medical School. He lends his considerable knowledge of the healthcare industry as Chairman of the Industry Working Group for Harvard’s Healthcare Markets and Regulations Lab, helping to transform healthcare access and delivery locally and nationally. As a member of the Board of the Leonard D. Schaeffer Center for Health Policy and Economics at the University of Southern California, he provides guidance and support for key initiatives related to measurably improving value in healthcare through evidence-based policy solutions, research excellence, transformative education, and private and public sector engagement. He also serves as a National Council Co-Chair for American Enterprise Institute.

Freedman has distinguished himself as an innovative leader and visionary. His accomplishments have earned him numerous awards, including the Lifetime Achievement Award from the Congressional Black Caucus and National Minority Quality Forum in April 2016, presented to individuals who have worked in practice and public policy to eliminate healthcare disparities.